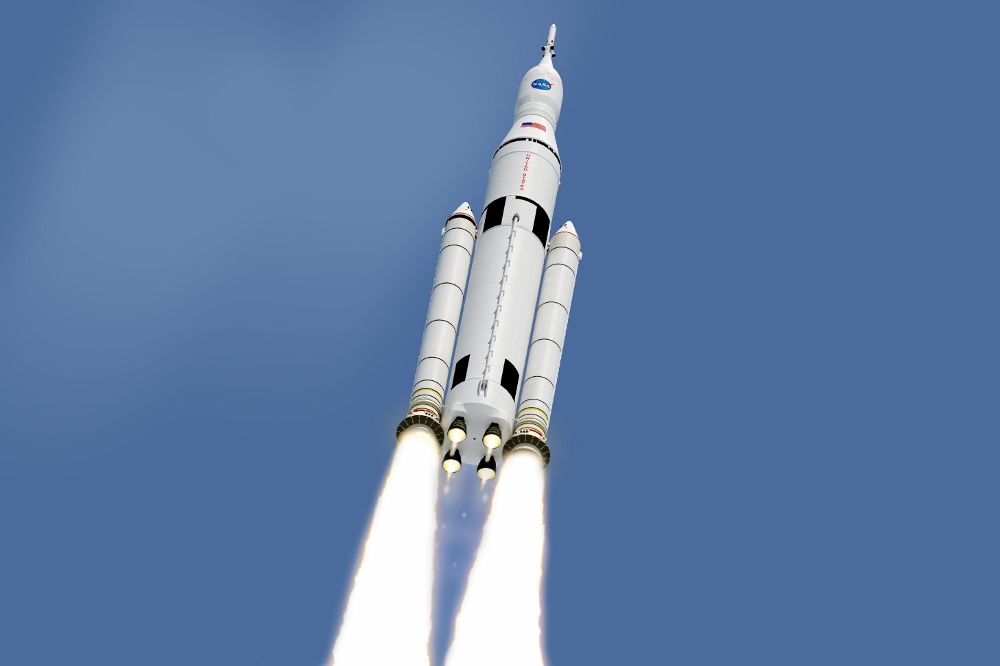 In space flight the first eight minutes are critical; this is when the greatest opposing forces of thrust and gravity are impacting the launch vehicle.  The new NASA Space Launch System (SLS) will weigh 5.5 million pounds at liftoff, or roughly the weight of eight fully loaded 747 jets.   Everything comes down to weight and the integrity of design and fabrication to insure success.  Today, it costs $10,000 to send one pound of payload into orbit; since the entire launch vehicle makes the tripe to low earth orbit its net weight is a big consideration - lighter the launch vehicle greater the payload.

No one knows this better than AMRO Fabricating. They have been manufacturing precision machined and roll-formed Isogrid and Orthogrid rocket body panels since 1986.  “We have evolved and perfected our fabricating processes over the years, with the greatest challenge always being weight,” said Steven Riley, Vice President of AMRO.  “If a single rib is out of tolerance by as little as .002 it will translate to hundreds of pounds of added weight across the launch vehicle.  At the same time being under size will compromise the integrity of the panel.”  To put things into perspective, if you were to scale down the SLS to the size of an aluminum soda can the walls of the SLS would be ten times thinner than that of the soda can.